All along the Hudson River where I run a fair bit of the time are these odd... things.  Wooden figures of some sort. 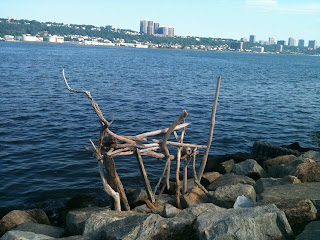 They are obviously man-made.  There are at least a dozen of them, and they span an area of probably at least a mile. 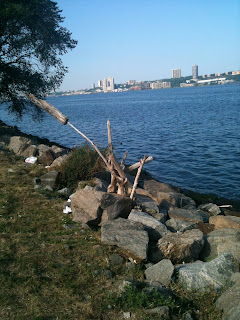 Why are they there?  What are they?  Do they just represent someone with too much time on their hands?  Are they all driftwood? That would be a lot of driftwood! 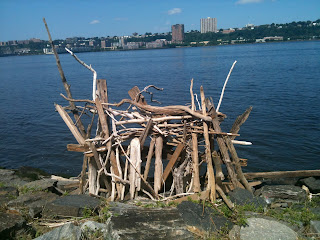 I don't know why, but they kind of seem very Blair Witch Project to me. 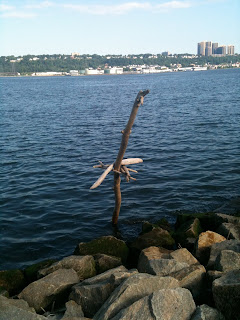