I've been reading too many race reports where people fought actual physical symptoms like wanting to vomit during their races.  I don't have that.  Instead, I have feelings like tired, whiny-tired, and I-really-want-to-stop-waaaah-whiny-tired.

That no longer goes.  I will push myself from now on.  I will try harder.  No more long walk breaks mid-run.  No more holding onto the pace in my pace runs for a mile and pretending like that's something.  No more making excuses to avoid speedwork ("but it's so pretty out! why stay at the track when I can run along a river").  There's a time and a place for an easy run, but that's not every day, week-in and week-out.

Sometimes, the most obvious solution is the best solution.  Tomorrow I'll show you how I put this into action. 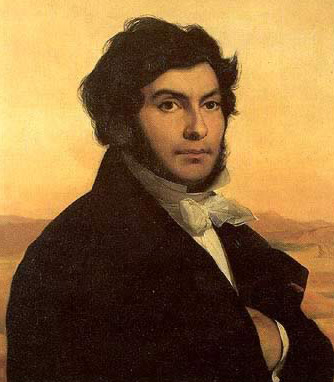 *For those of you non-Egyptophiles, "je tiens l'affaire" is what Jean-François Champollion said on 14 September 1822 when he discovered the missing key to the decipherment of hieroglyphs.  The French Champollion was in a race against a Britisher, Thomas Young, to become the first to translate the ancient Egyptian language.  The legend is that he stayed up all hours, for weeks on end, attempting to crack the code and to understand the language.  When he finally put it together, he rushed into his brother's office, shouted, "Je tiens l'affaire!" (roughly, "I've got it!") and promptly passed out, spending the next several days in bed.
Posted by T at 8:04 AM