Scenes from a run

I'm too lazy to write anything today, plus it's 60 degrees out and I'm in a hurry to get outside and run. Instead I thought I'd show you a small bit of my run yesterday: 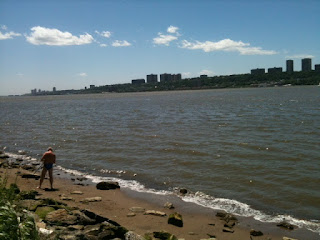 Gorgeous scenery, no? And what's that in there? Is it - yes, it is! A man in a speedo fishing! Of course!! 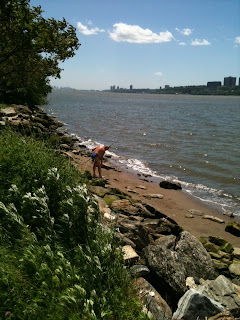 Here he is again. Yes, I stopped to take two pictures. It was about 75 degrees out, in other words not speedo weather. I could maybe see it if it was super hot, but it wasn't. And he's kind of chubby. (It's never the ones you want to see in a speedo who wear one, is it - Michael Phelps excepted. Kind of the male equivalent of a butter face.) Still, I give this guy props for just being his own badass self. Who cares what I think? 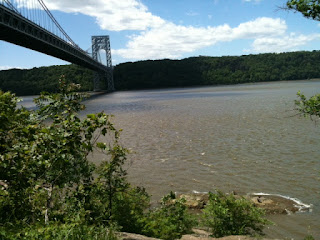 This is the turn around point on my everyday 5m run, at the top of a big hill. Every time I get here, I look down off this ledge and think about jumping (not to my death, silly - just into the water because it looks so refreshing). 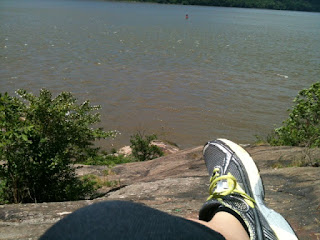 Instead, yesterday I stopped and sat for a minute. One of the joys of not always wearing a Garmin - I can take a break like this for a few minutes and it doesn't matter. I paused and reflected on how jumping off this ledge wouldn't mean swandiving gracefully into the water, but instead rolling and careening down the rocks. Maybe that fantasy is dead.

Still, it's beautiful. (Well, except for the guy in the speedo.)

Have a good weekend! If you're looking for more amusement, Brooke has more product rebrands that you should check out.
Posted by T at 8:14 AM