To all the beers I've loved before... An homage.

On Saturday, after I missed running with the Van Cortlandt Track Club, I set out for an easy 5m run.

Well. That "easy" 5m run quickly turned into a miserable, terrible 3.35m run. I alternated between wanting to throw up and feeling like I was going to fall over, literally, from being off-balance.

You see, I was maybe kind of a little bit hungover. I had two beers Friday night. Two. But it was enough. 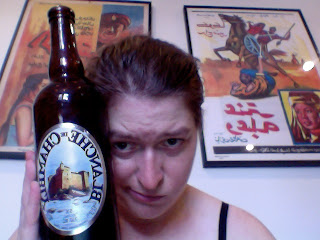 (Me, Saturday morning after getting in from running, with the offending bottle of Blanche de Chambly. It was delicious but not worth it. Sorry for the sportsbra/topless photo.)

So, for that, I've made a resolution. I will not drink beer (on weekend evenings) anymore until marathon season is over. I'm going to have to get up early for the next few months to get my long runs in, and I can't have something stupid like beer ruining my running.

So I present to you my past few months of beer drinking. You can call this the most vain post EVER to appear on ANY blog OF ALL TIME. I call it a farewell homage. 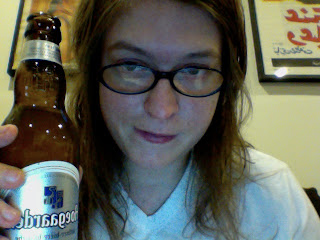 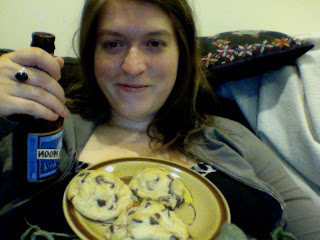 Blue Moon and chocolate chip cookies. Not a combo I'd recommend. 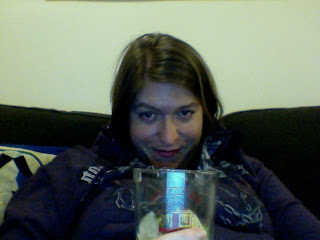 Scotch. That too will go. 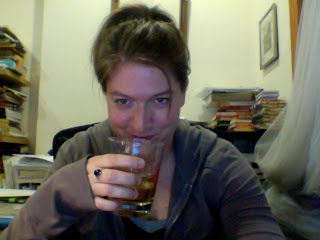 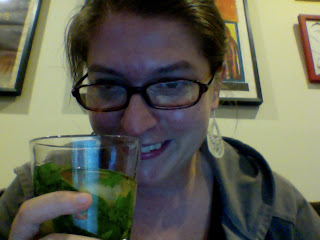 And mint juleps, even those with fresh mint from CSA. 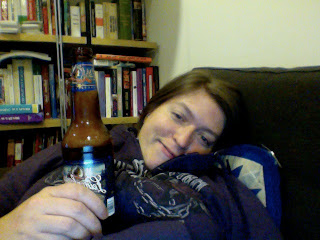 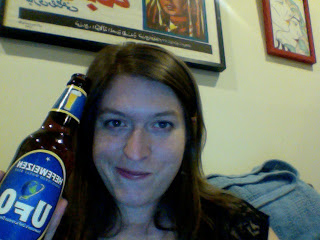 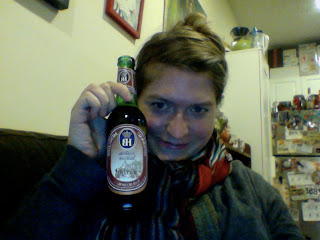 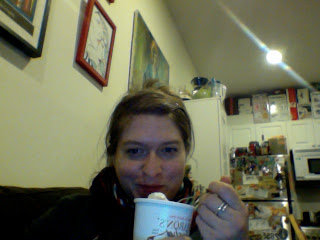 Coconut sorbet - that can stay. 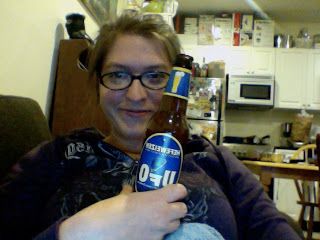 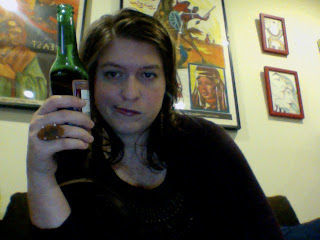 I think this is the Hofbräu again? 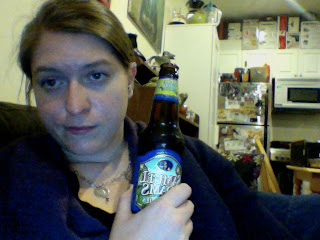 Sam Adams Noble Pils. Not my favorite. I won't miss this one. 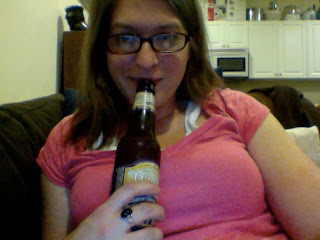 Another Sam Adams. A hefeweizen. 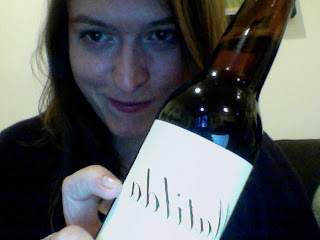 A beer named after my dog: Goose Island Matilda. 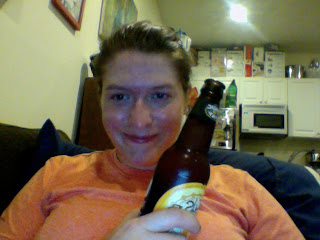 I like a beer after an evening run. Here's a Magic Hat Circus Boy. 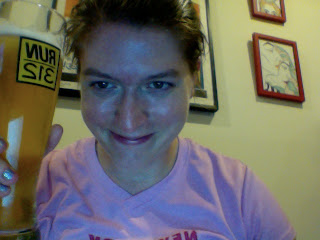