I felt the earth move under my feet

To be fair, I felt the floor of my apartment, and the four floors below it, move under my feet. The earth was down there somewhere. It moved. My apartment just kind of wobbled.

But yes, you read that right: I SURVIVED EAST COAST QUAKE 2011. 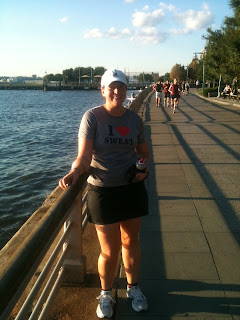 Yeah, of course it was safe. So I did my long run.

It was a gorgeous day and a good, solid run. I ran about 8m down the West Side Highway to meet up with Tara near her office, and then she and I ran back up to the Upper West Side.

But... the run wasn't long enough. That's been the story of this marathon training cycle. My past four or five long runs have all been around 13m, and this weekend will be the same (I'm running a half on Sunday). I wanted to do 15m, but between leaving late (I got an important phone call right as I was walking out the door - why are those always bad news?) and not having a good sense of how long things take me, by the time Tara and I parted ways it was already dark out. I don't like running in the dark, so I got on the subway.

The marathon will be fine - as long as I get my act together and up my long runs. I'm not training for a half, after all.

I only got very nearly hit by two bikes during the run, so I consider it a success. That, and it was also oddly fast (for me). I have found that I'm fastest in the late afternoon/early evening.

I'm not usually an "OMG here's my playlist!" girl. You can choose your own music or, better yet, go without music. But when I walked out of the apartment, iphone in pocket, I decided I wanted to listen to music. I found a mix on my phone labeled "marathon" and I started it up. Can I tell you how much it rocked? Yes, or I can show you. 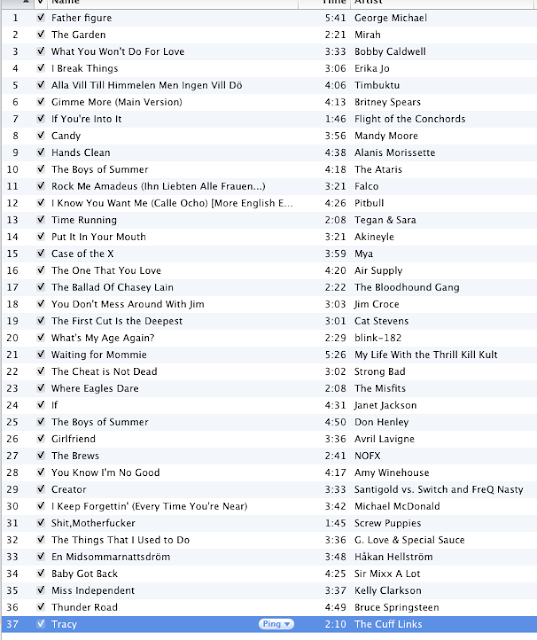 The best part? This isn't all of it! There's more music left on the playlist for another run! I stand behind it all as awesome, even the two versions of "Boys of Summer." Especially those, in fact - it's the perfect time of year for that song. I will admit to feeling kind of old when Blink-182 started, remembering that my brother and sister played me that song on my 23rd birthday... a decade ago. But! The Cheat is Not Dead (you either get it or you don't).

And I can't be the only one here who's seen Coed Prison Sluts? Like, a bunch of times? And owns the soundtrack? And thinks it's awesome music to run to? (Attn: potentially NSFW. I can't say for sure as nothing fazes me anymore.)