Things I've read that you should read, too

In other words, "I don't have anything to say about my running because I'm totally stuck in a plateau but I don't want you to think I've died, or that I don't care about my blog, so instead I'll offer a cop out 'post' and hope you don't notice that it's not a post." 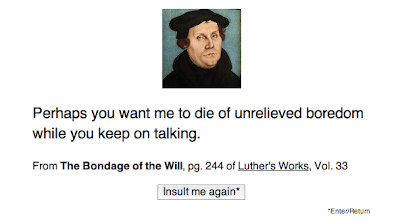 Any suggestions for things I should write about to keep my little blog from going gentle into that good night?
Posted by T at 7:48 AM