Is there any other sport besides running where a lack of experience is considered a good thing? Where not being good at the sport makes your achievement somehow more impressive?

I love running and I would love it if every person in the world became a runner. That said, I'm kind of tired of reading stories that start with "So-and-so had never run a step in her life before deciding that she was going to run the New York City Marathon."

I feel like this is the equivalent of me stating that - despite not knowing any of the rules of football - I'm going to win the Superbowl next year.

That's the weird thing about running, isn't it? We're all in the same race, from elites to back-of-the-packers. We all get the same accolades and looks of non-comprehension from our friends when we roll in to work the next day, whether we ran a 2:52 or a 6:47 marathon. 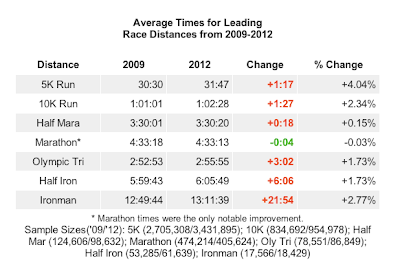